On August 28, 2011, I posted about "A Wild Flower". I noticed this flower while visiting KUMARBANDHA COLLEGE ( the backyard of the college). I asked the people there, and every one told me that it is a wild flower, native to that region and not of any use. It comes with first rain of the monsoon and by winter it dies away. But I noticed that it is similar to many decorative plants. I brought a couple of samples and grew that in JV. I was keen to popularize a native plant (which is normally written off as "junglee") can be really a high-profile posh indoor plant in bigcities. But could not proceed further.

Description
Crepe ginger is a tall and dramatic landscape plant with large dark green leaves arranged on the stalk in a spiral. This Costus can grow to 10 ft (3.1 m) tall in frost-free areas, but typically grows to about 6 ft (1.8 m) tall in cooler regions where it is root hardy but dies back in winter.

The flowers appear in late summer or early fall, and are quite unusual looking. They form on red 4 in (10.2 cm) cone-shaped bracts, with several 2 in (5 cm) pure white crinkled flowers protruding from each cone. The flowers look like crepe paper - thus the common name of crepe ginger. After the flowers fade away, the attractive red cone-shaped bracts remain.

Location
Costus speciosus is native to the Malay Peninsula of Southeast Asia, but it has naturalized in some tropical areas, including Hawaii. It is listed as a potential invasive plant in the Federated States of Micronesia, Guam, Republic of Palau, and in French Polynesia.

Usage
Crepe ginger is best used for dramatic effect in a tropical landscape, but also combines well with other tall perennials as a backdrop.

Features
The crepe ginger is beautiful for its bold tropical foliage, and the flowers are just an added bonus. As with most gingers, this plant is easy to grow with virtually no pest problems.

Many gingers have culinary or medicinal uses. This species is not commonly used in western cultures, but the rhizome has been used in India and Southeast Asia to treat boils, constipation, diarrhea, dizziness, headache, vertigo, ear, eye, and nose pain, and to stop vomiting.

The sap of young leaves and stems can be taken internally for diarrhea, for ear infections and eye infections.

Make a decoction using 30g (1 ounce) of dried rhizome added to 570ml (2.5 US cups, 1 UK pint) of cold water. Bring to a boil and reduce to a simmer, continue heating until the liquid is reduced by half, then strain and bottle, being careful to label with the name of the herb and the date. This may be refrigerated for use within 3-4 days. The dose is up to 1 US cup (240ml, 8 fl oz) per day, split into 3 doses. This can be used to treat coughs and colds, congestion of the nose and lungs, and internal parasites. It can also be used externally to treat skin infections.

In Malaysia, the juice of the rhizome is used as a purgative.

Various studies have found that an extract of the rhizome can be used to lower blood sugar levels, to treat inflammation of the liver, to fight stress, and as an antioxidant. It also increased uterine contractions making it a useful birthing aid where contractions are insufficient. Significant quantities of diosgenin (used to produce artificial hormones such as progesterone) were also found.

Although crepe ginger has a reputation in some areas as an aphrodisiac, no studies have demonstrated this effect.

In JV, there are three plants in VC quarters.
Posted by Arun K Pujari at 11:37 PM 1 comment: 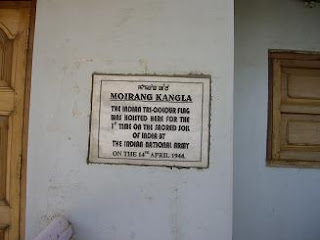 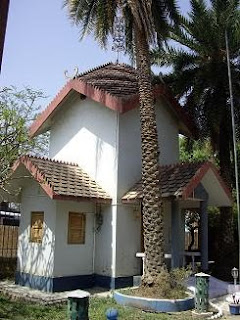 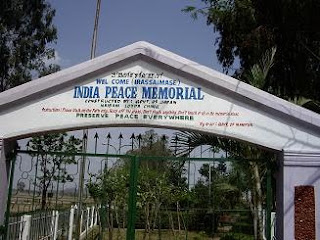 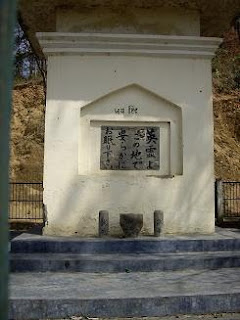 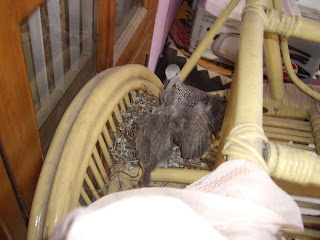 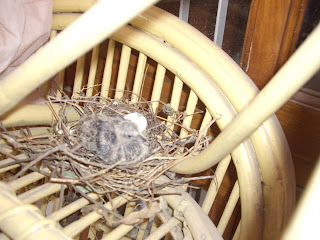 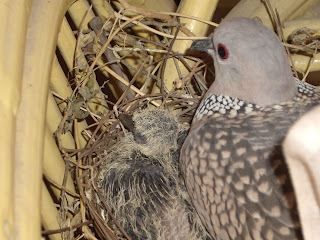 It's gone now. When we seat in the balcony every morning and read newspaper, we still recall that these are same pair of cane chairs which housed a family. Adding some photographs.

Posted by Arun K Pujari at 9:28 AM No comments:

Many persons are interested to read this blog but not able to read Odia script in their computer and I thought it is better to occasionally switch over to English.

Today in THE HINDU there is a very interesting article- "Fancy degree combinations to go".
It seems that Andhra University offers 120 different combinations at degree level. Osmania University offers nearly 90 combinations. Please note that these universities do not offer Honours Programme and their division is decided based on % of aggregate. In our universities (Universities in Odisha) we offer Honours programme and the division is decided by the % of marks for Honours papers only. In fact, to be declared First Division in our universities one need not have 60% in aggregate. That is a different matter to be discussed later, but the main idea of the news item is that there are too many irrelevant combinations which do not lead the students to meaningful degrees or do not help in employment/higher studies. Thus this should be curbed to around 30 different combinations.

But Sambalpur University offers too less number of subjects even after 45 years of existence. Say, around 20 Honours degrees in Arts and perhaps around 10 degrees in Science. Many of important subjects are not available for studies in SU. Moreover some of them are restricted to one or two colleges. For example, Geography Hons is perhaps available in 2 colleges, Geology in 2, Statistics in perhaps 1. On the other hand Utkal offers too many Honours programmes.

Why so. Because the pesons/community who are interested in opening colleges are satisfied with only three subjects Education, Odia and English. You will find every other college has Education as a subject. I ask a question to the persons who are so keen on development of Western Odisha-
Do you think Education should be the only subject for all BA graduates or do you think Psychology, Geology, Geography, Sociology, Anthropology etc should not be the subjects in which our students should graduate?